The ASA is governed by a constitution, by-laws and a governance charter.  The ASA also requires its members to adhere to a Code of Conduct and Standards of Practice.

The ASA's Strategic Intent 2018–2020 sets a clear direction for the Association's future. It outlines the work we will undertake to support the sonography profession and ensure the highest possible professional standards.

To lead the sonography profession in delivering excellence in ultrasound for the community.

To ensure a sonographer is known as the expert in ultrasound across the community. 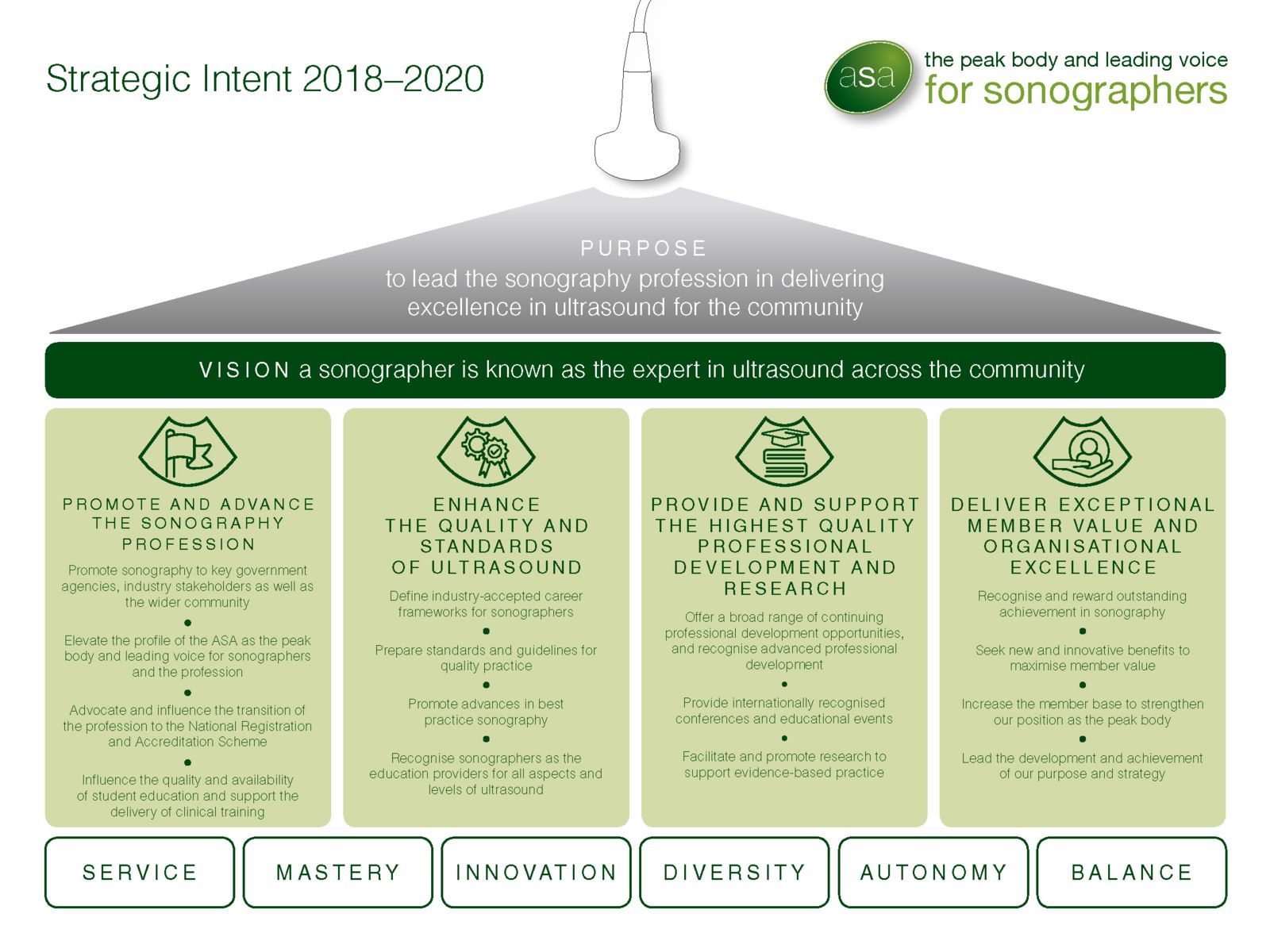 The ASA is governed by a Board of Directors in accordance with the association's constitution, by-laws and Board's Governance Charter. The Board is supported by two formal sub-committees:

The ASA's Board of Directors consists of:

The Board of Directors also appoints the President and Vice-President. Director terms are for three years, with a maximum of three successive terms.

Also in this Section